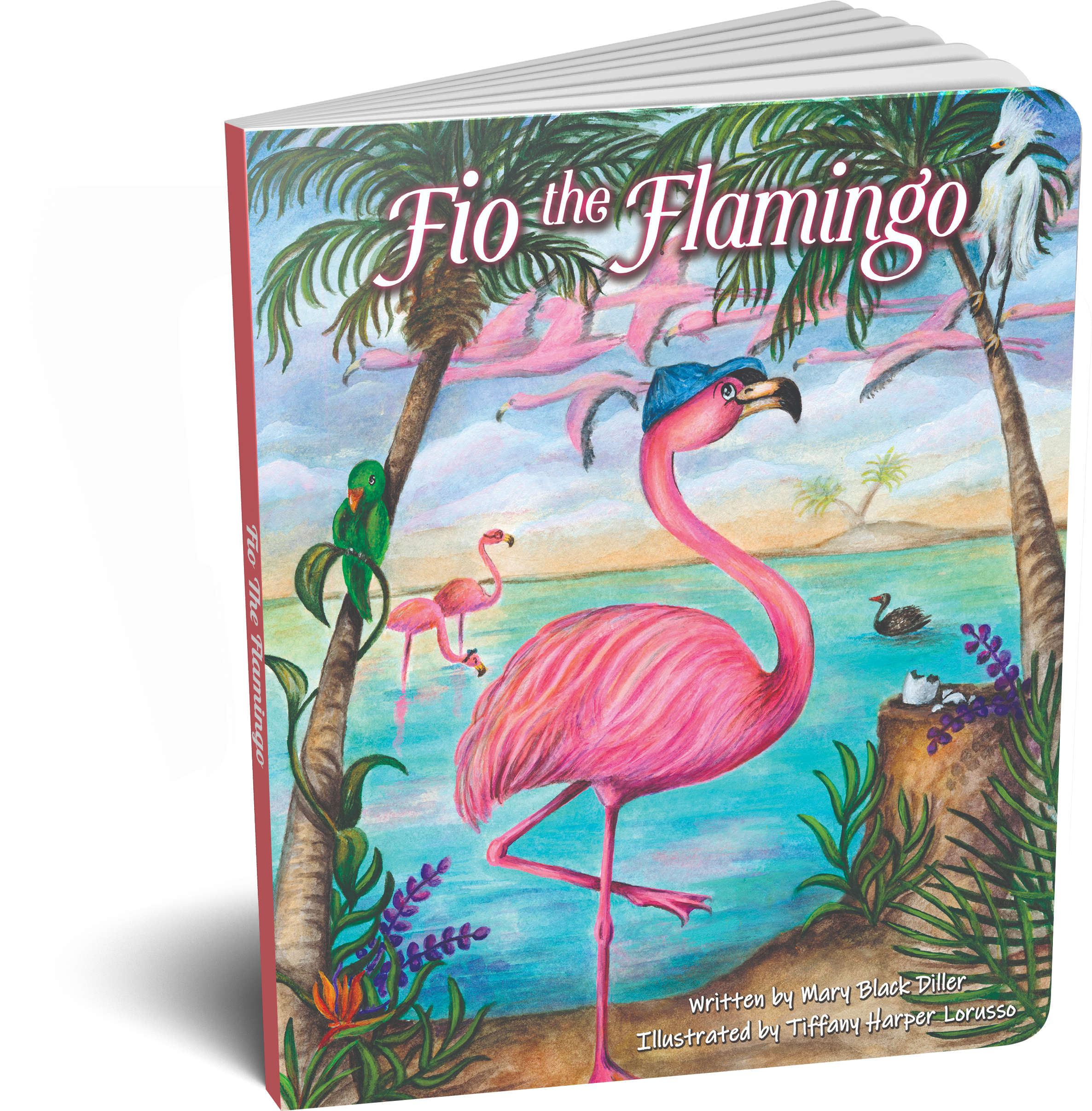 Fio has an adventure and learns a lesson about the importance of friendship, family and of course, flamingos. 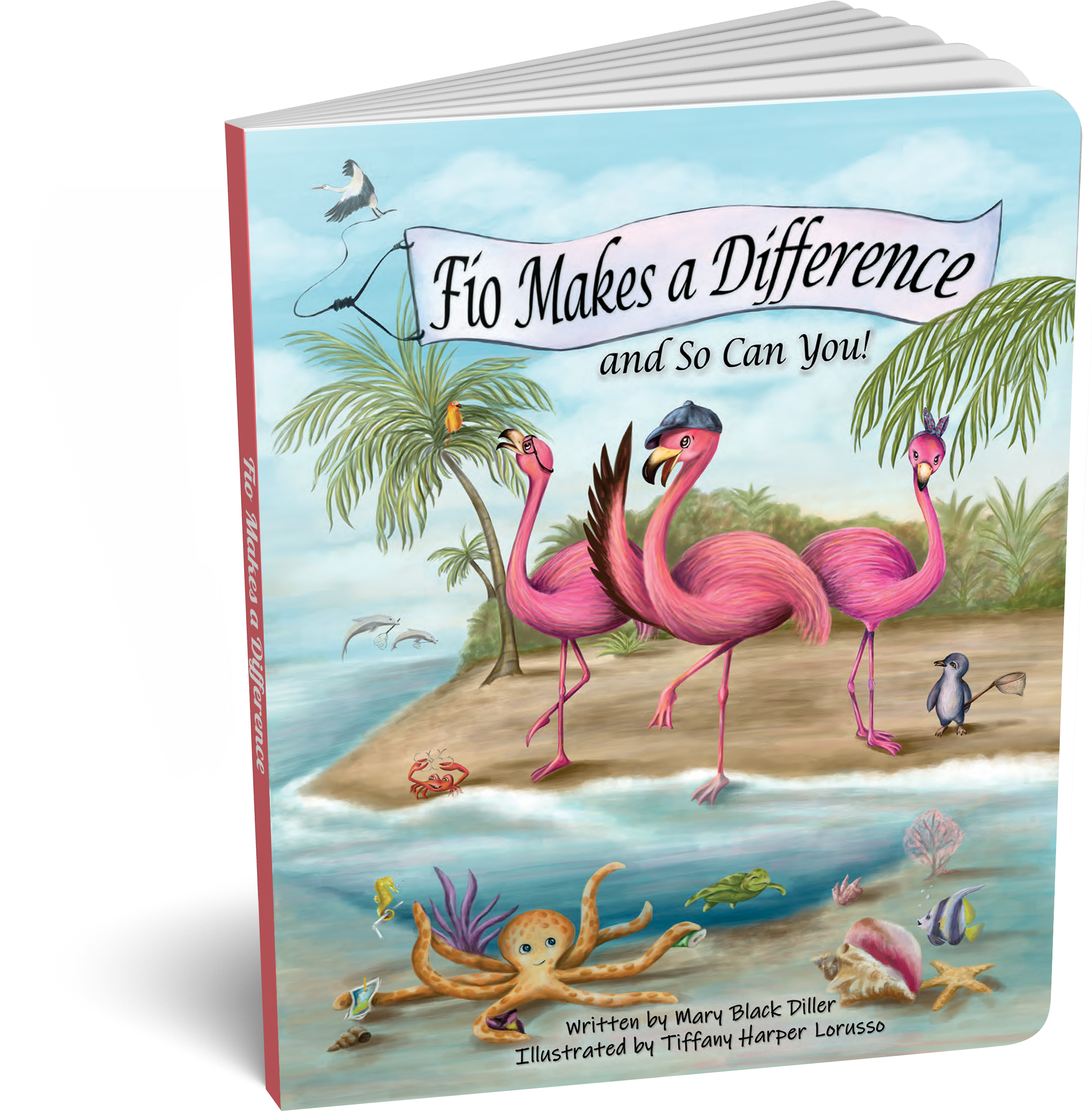 The Avian games are going to be canceled due to the debris in the water and on the beach. Will Fio and Friends help Rosie fix the problem so the Games can go on? 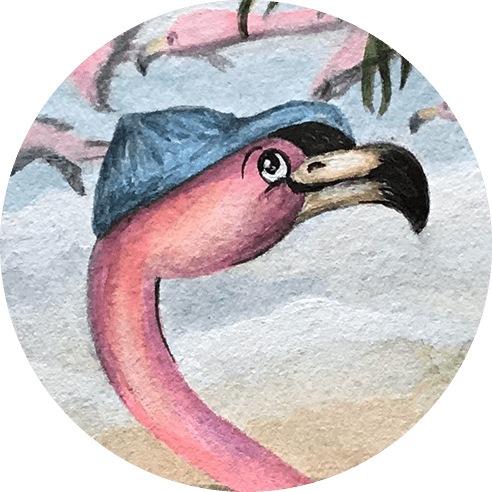 He is a fast flyer, just like his Dad who won a gold medal at the Flamolympics. In addition to working for the Avian Gazette, Fio volunteers for the Avian Games. He is also an environmentalist and shares what he learns when he meets volunteers helping our planet. He brings Tortellini, the sea turtle, along on all his adventures. 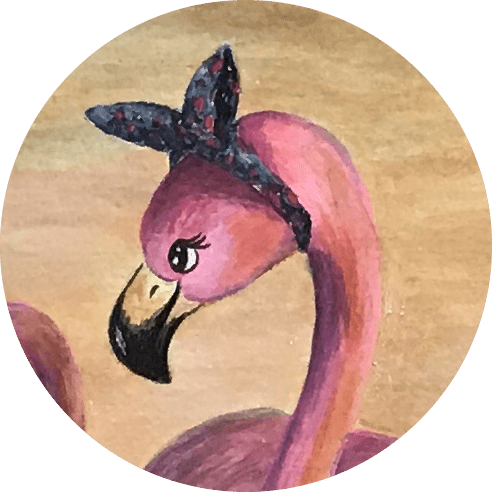 Fleur is a lead reporter for the Avian Gazette. She has won awards for her investigative reporting. She competed in gymnastics and volunteers for the Avian Games. Mikey, the little blue penguin, travels with Fleur wherever she goes. 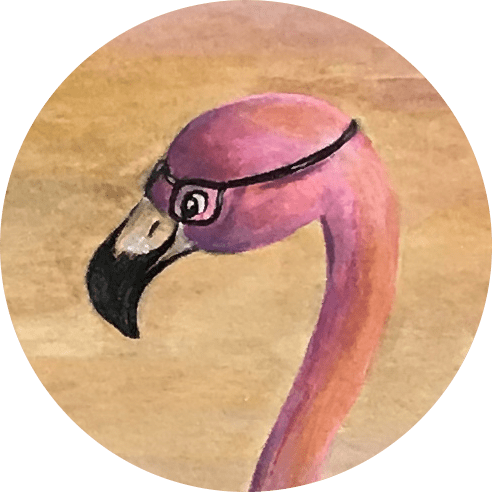 Joel is a photographer and talented artist. He loves amusement parks, especially water parks.
Joel volunteers for the Avian Games. Ursie, his parrot buddy, loves flying and jumps in his backpack whenever she sees Joel gathering up his camera and art supplies. 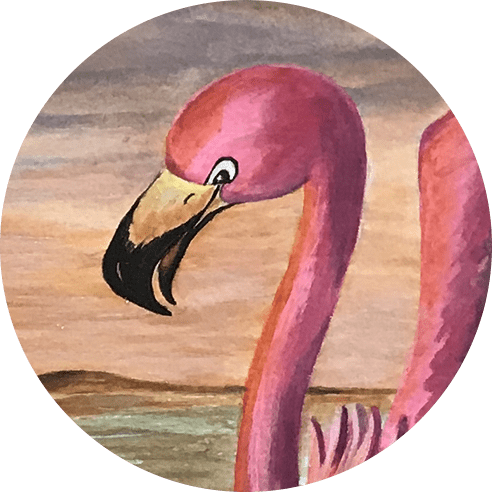 Coral is the leader of Fio’s Flamboyance, the editor of Avian Gazette and a professor of Avian history with a specialty in identifying avian fossils. 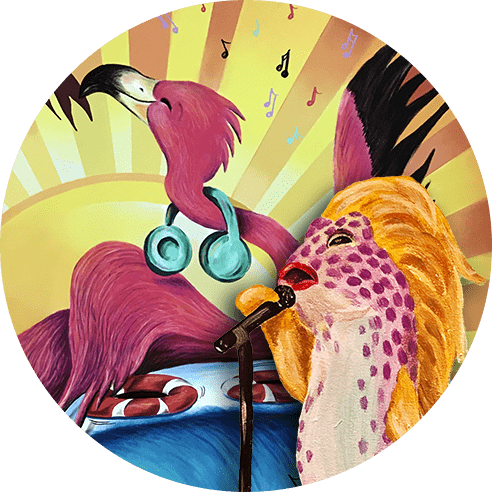 Spike Feathers has been a DJ since he was a young flamingo. He loves classic rock especially The Byrds…for obvious reasons!

Spike met Zangy in Curaçao and invites her along whenever he has a special gig. Spike and Zangy amp up the rhythm and everyone starts dancing when Spike plays Flap Your Wings on his ukulele. 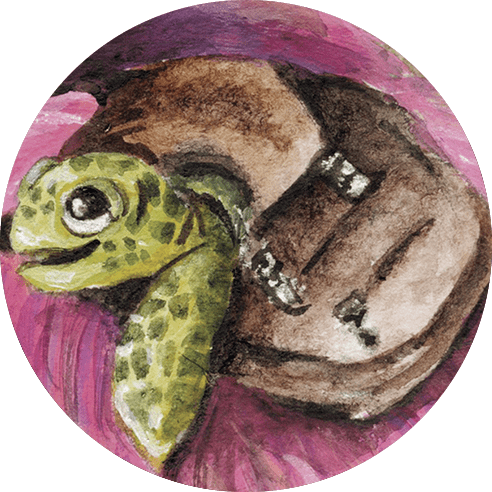 Tortellini is a sea turtle Fio met when he was doing a marine environmental study. Tortellini has great breath-holding abilities and can fly through the water the way Fio flies through the air. He is an expert on marine debris—especially plastics, balloons, and straws. Because of their interest in saving the environment, Fio and Tortellini decided to team up to help the oceans. 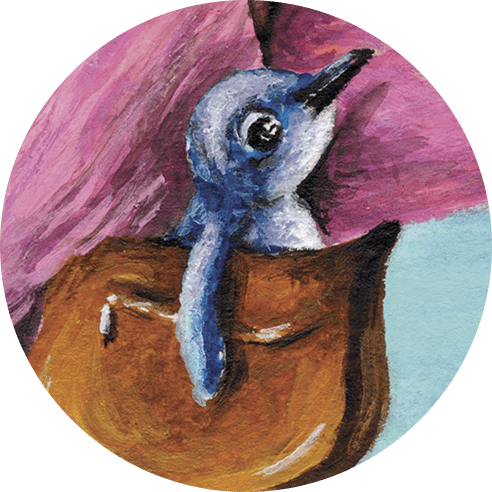 Mikey met Fleur when she was in New Zealand covering the Oceania Gymnastic games. He is a Little Blue Penguin. He watches the gymnasts with great admiration! He is an accomplished swimmer but he is not so graceful on land. He is the smallest of the penguins which makes him very nimble when climbing in Fleur’s backpack. Mikey might be tiny but he can be very noisy when cheering on a winning team. 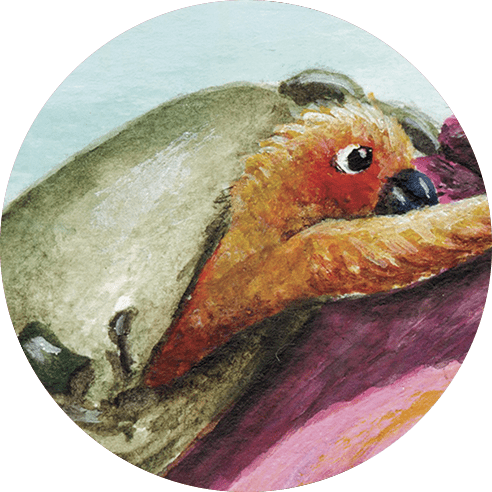 Ursie is a parrot who loves all things colorful! When she saw an exhibit of Joel’s nature photography she asked Joel if he needed an assistant. Not only is she very smart and talented with tools, she also has great problem-solving skills. With her help, Joel’s photo shoots are very easy to set up. Ursie loves roller coasters so the two of them make sure to go to amusement parks when they have time. 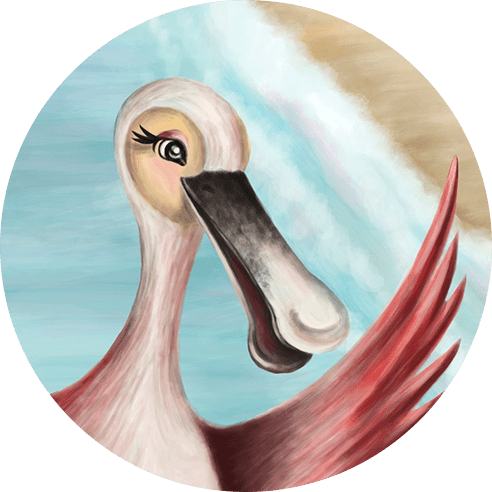 Rosie is the President of the Avian Games. She is close friends with Top Knot, the President of the Paravian Games. Her bright pink feathers sometimes cause Rosie to be mistaken for a flamingo; but she is not a flamingo! Rosie is a Roseate Spoonbill with a very special spoon shaped bill. Like Fio, Rosie is very social and a great flyer. She encourages all the Avian Game athletes to help Mother Nature by cleaning up the environment. 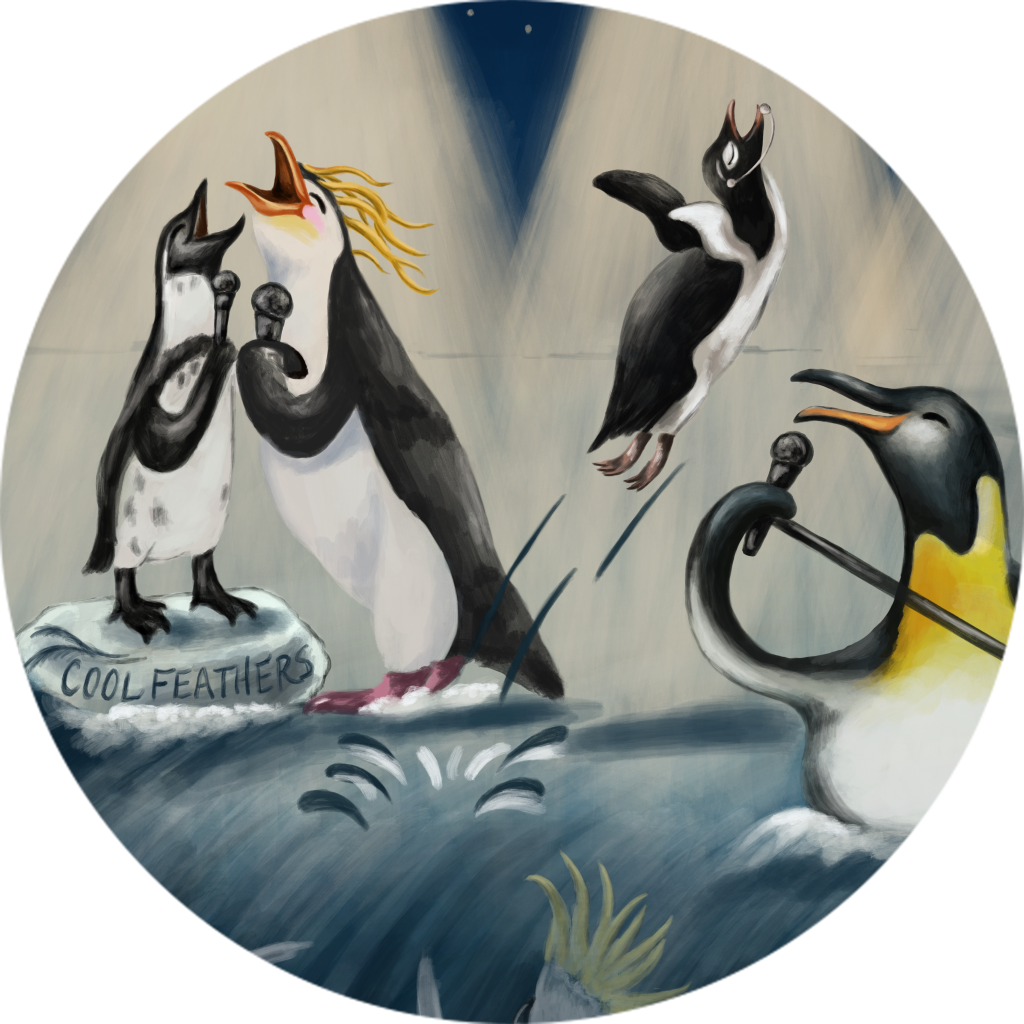 This quartet of penguins are from different parts of the world but they all share a love of music which is why they have so much fun performing.

Pinky was born in South Africa. She is an African penguin. They call her Pinky because of her pink patches of skin above her eyes. These patches actually help her keep cool. While Pinky is the shortest of  Cool Feathers, she has a very loud bray which makes her vocals very strong.

MacNCheese is a Royal penguin. He comes from the waters around Antarctica. They nicknamed him MacNCheese because his yellow crest reminds the other bandmates of pictures they have seen of that dish. MacNCheese is currently single but when he decides to have a family it will be his responsibility to care for his chick for the first 2 to 3 weeks while the Mom gets the food for them.

Leaping Hope is an Adélie penguin. Her home is on the coast of the Antarctic continent. She has a red bill which is usually hidden by long feathers. She took the stage name Leaping Hope because of her incredible ability to leap almost 10 feet high from the water. She can often be seen leaping across the stage during a concert. At times she will leap over Slide as he is singing.

Slide is an Emperor penguin and the largest member of the band. He is also from Antarctica where he met Leaping Hope. Using his feet and flippers he can slide over ice on his belly or a polished stage floor. That is where he got the nickname Slide. He also has a unique vocal ability: Slide uses multiple frequency bands creating a unique and powerful sound for the band. 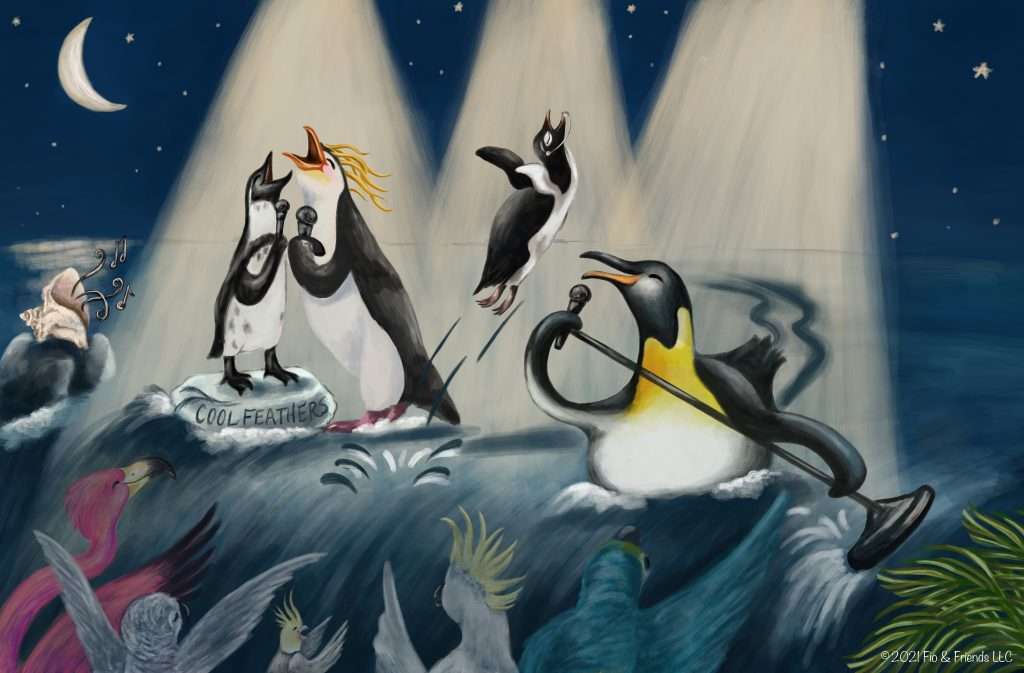 Mary Black Diller started her career in the 1920s as the director of a girl’s school art department. She was a poetess, painter, and author of children’s books.
“Open your eyes! See the beauty around you.”
This is the message she tried to convey in her books. Use Mary’s technique to draw your own Flamingo to keep you company while you read about the adventures of Fio and his Avian Gazette friends.

Tiffany Harper Lorusso is a Long Island artist. She started at the young age of 6, drawing what she saw around her. She continued her education while perfecting her fine art skills, obtaining a degree in drawing and painting. She now utilizes this degree as an illustrator and painter. In conjunction with Splashes of Hope she creates murals to brighten facilities across the country. Her art is inspired by her love of animals and her beloved pets. 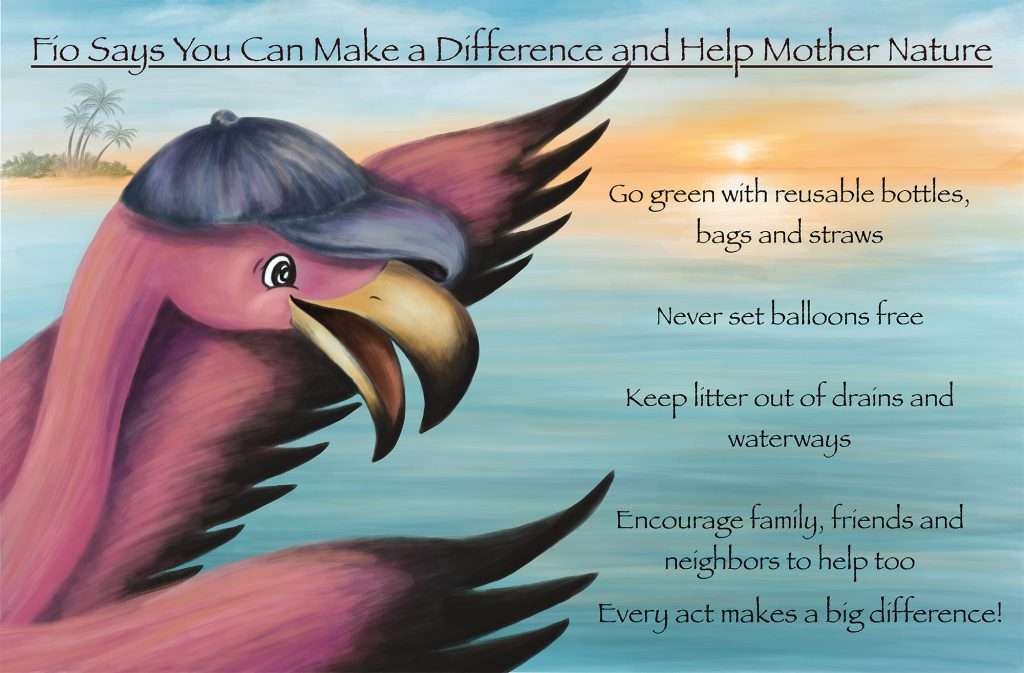